The following is the story of the start of The WBCCI as told by one of the charter members, nephew of Wally Byam and son of Helen Schwamborn, Dale “Pee Wee” Schwamborn:

Why was the WBCCI established?

Airstream like any other manufacturing company was created to make a product. For the owner and entrepreneur, Wally Byam to fulfill his goals in life and to make a living.

The first Caravan in 1951 was conceived to assist Airstream owners and others (the first few Caravans were open to all manufactured RV’s), to travel as an American Community. Airstream’s reward was publicity to sell Airstreams.

The Club was a natural occurrence. This American Community of Airstream owners wanted to get together on a local basis and chew the fat, remember the good times, and take their Airstreams out on a more frequent basis, but for a shorter period of time. The Club Members wanted the club to be exclusive for Airstream Owners only.

Let’s go back to Caravans. The Caravans could never have gone ten miles with out a sub-structure and delegation of duties. Wally Byam was a master of organization.

The Club core was the volunteers; the go-to-people that assisted in making the Caravans go. This spirit, this dedication, this form of personal involvement was the core of the WBCCI in 1955.

Check out the Jack Rabbits; thank them for your club today. They “hounded” Wally to form a club.

My Mother, Helen Byam Schwamborn, was given the task, by Wally, to start a headquarters to be the home of the Club, and the action center for Caravans. Three major Caravans came from the Headquarters in the early days. (Europe 1956, Africa 1959, Around-the-World 1963.)

Because of the dedication of the members and the organizational and interpersonal skills of Helen, the Club grew, and grew, and grew…what a growth!

Yes, Airstream funded the Headquarters. Yes, it was a marketing tool. However both entities this symbiotic relationship endorsed the purpose, “TO HAVE FUN.”
My pride swells every time I pass an Airstream on the highway, or see one on TV.

Remember, have fun, that’s what this is all about. 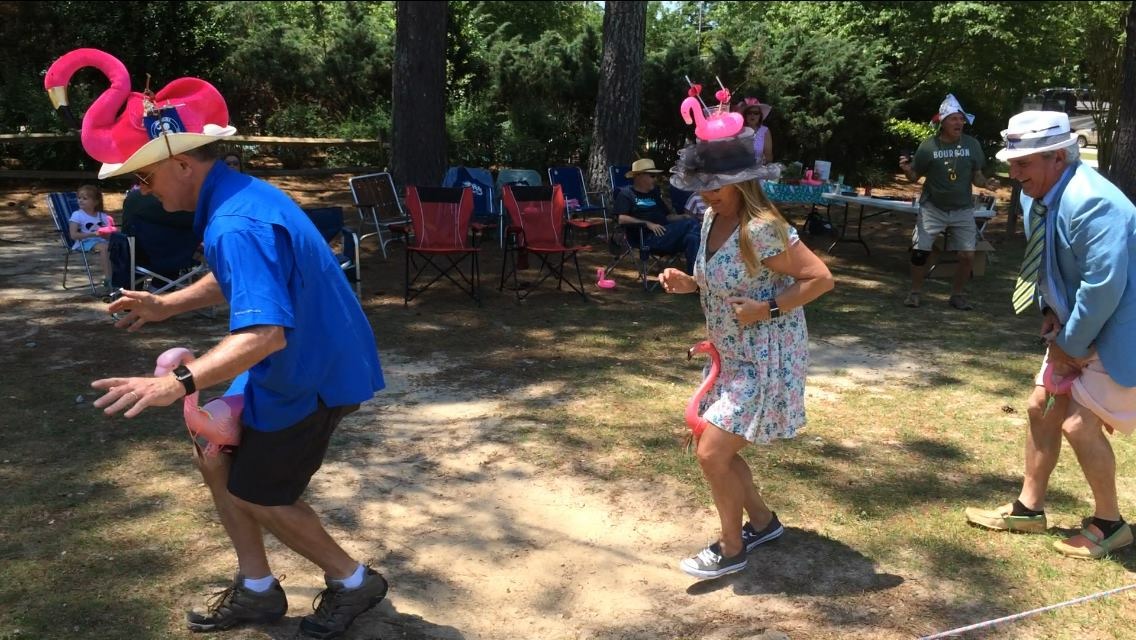