In 1958, Sterling Edwards of Myersville, Maryland contacted Don Beale of Garret Park, MD and J. Logan Tontz of Abington, Maryland to see if they were interested in forming an Airstream Club...

In 1958, Sterling Edwards of Myersville, Maryland contacted Don Beale of Garret Park, MD and J. Logan Tontz of Abington, Maryland to see if they were interested in forming an Airstream Club. The three decided to hold an organizational meeting on October 10 – 13, 1958 at Big Meadows Campground on the Skyline Drive near Front Royal, Virginia. Sterling Edwards obtained a list of all Aristream owners in the area from the factory in Ohio. A letter was sent to each owner, telling them about the meeting and inviting their attendance. Twelve Airstream families with their trailers and several Airstreamers without trailers attended the rally. Helen Byam Schwamborn, National Secretary of the Wally Byam Caravan Club was present to explain the activities of the National and Unit Clubs. Otto Kenny and Helen Byam Schwamborn signed the Mid-Atlantic Unit Charter on October 11, 1958, recognizing the Mid-Atlantic Unit as part of the WBCCI organization.

The Mid-Atlantic Unit began with 15 charter memberships in 1958.

Gene “Stubby” Stubbs served as Unit President of the Mid-Atlantic Unit during the 1983-1984 term. Mr. Stubbs later served as International President of WBCCI during the 1994-1995 term. In 1987, 207 Airstream families held membership in the unit. By 2012 the number of memberships had declined to 26. Even as the Mid-Atlantic Unit became smaller, its members have carried on the tradition of active participation, holding one activity each month of the year. Members participated in activities such as unit caravans, rallies, and luncheons, in addition to WBCCI and Regional functions.

In December, 2019  unit members voted on a name change from Mid-Atlantic Unit of WBCCI to
Mid-Atlantic Airstream Club #053
which was approved by the Region 2 committee.

In April, 2020 the club members voted on a new logo that would depict the current change. 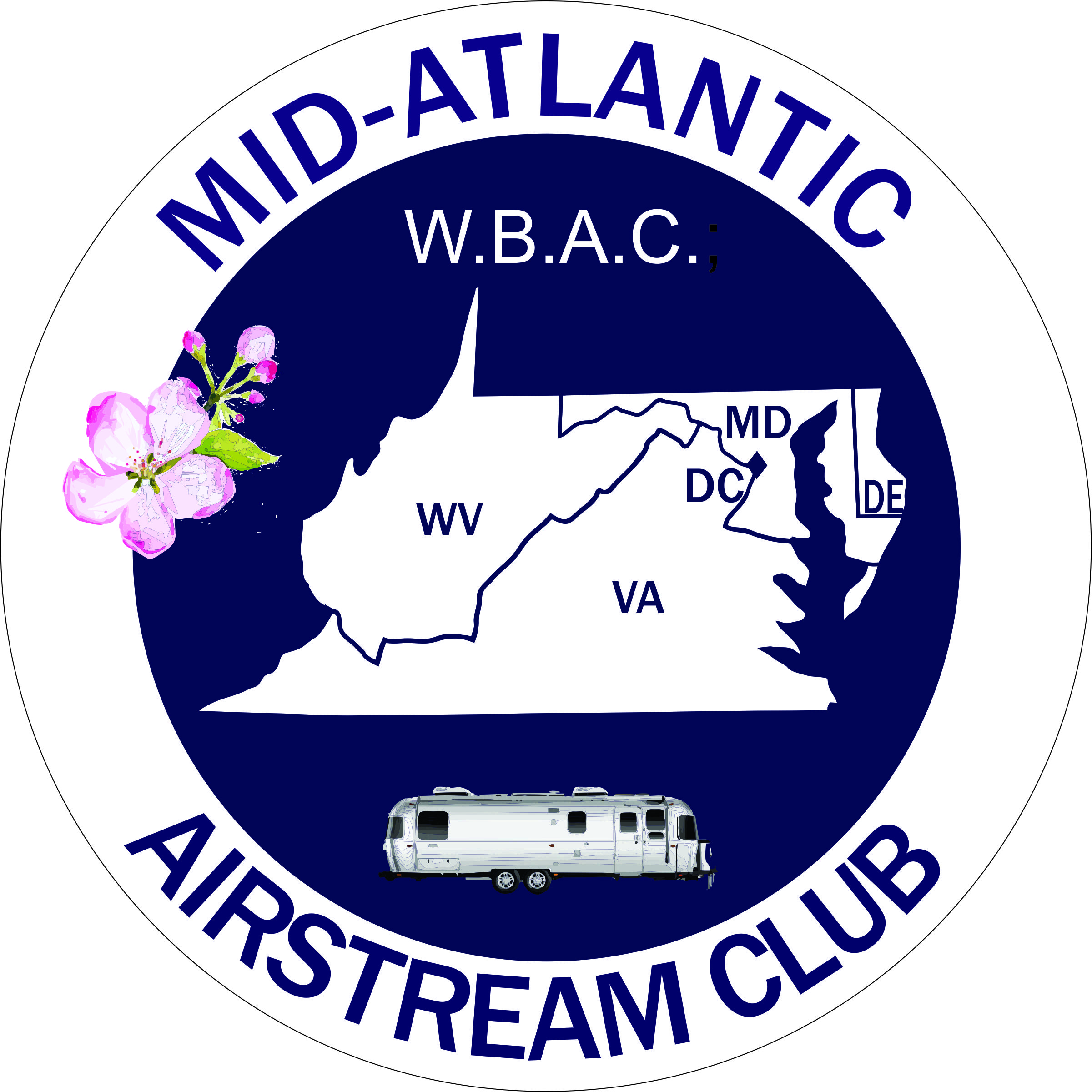