International Rally to Bring Hundreds of Airstreams to Fryeburg, Maine

JACKSON CENTER, Ohio – Airstream Club International (ACI) is holding its 65thInternational Rally at the Fryeburg Fairgrounds July 23-29, 2022. The rally is expected to bring more than 700 Airstreams and 1400 Airstream enthusiasts to the area, carrying on its annual tradition of rallying together for a week of enjoyment, education and socializing as the longest rolling, single-branded RV club in the world.

“Airstreaming is all about following your dreams, and coming to the rally every year gets me in touch with my dreams and other peoples’ as well,” said ACI President, Tye Mott.

The ACI Rally is a fun-filled six-day event featuring seminars, photography contests, kids’ activities, a flea market and an exhibit hall. The rally offers a little bit of everything for everyone like a pet show for the furred and feathered travelers along with HAM radio training for members of ACI’s Amateur Radio Intra-Club.

ACI is hosting a parade of restored and renovated vintage trailers showcased by its Vintage Airstream Intra-Club, and the public is welcome into the rally for a one-day open house to catch a glimpse inside trailers Sunday, July 24, 2022.

There will be scheduled tours and entertainment as well as socializing around food, line dancing, concert band performances, card playing and pickleball. Each year’s rally focuses on a philanthropic cause chosen by the international club president: in 2022, Mott has designated efforts to benefit animal rescue.

Plenty of attendees will be seeking to venture out in the surrounding area, and ACI will spotlight local businesses offering group discounts and premium hospitality to welcome Airstreamers both during the event as well as travel days leading up to and following the event.

“Our club members enjoy exploring nearby attractions and getting a taste of the local scene, so this is a great opportunity to invite hundreds of people into your local businesses,” said Lori Plummer, Corporate Manager at ACI.

Airstream Club International (ACI) is a non-profit organization with headquarters in Jackson Center, Ohio. The club originated when Wally Byam, the inventor of the Airstream, first led a group of travel trailers from Texas to Nicaragua in 1951, followed by subsequent caravans that encouraged people to get out and use their travel trailers.

In doing so, Wally inspired travel enthusiasts to see and enjoy the world, encouraging cross-cultural encounters, all the while using these environments to test the travel trailers he manufactured. On a caravan to Eastern Canada in 1955, the Wally Byam Caravan Club International (WBCCI) was formed.

The club was later renamed the Wally Byam Airstream Club and is currently doing business as Airstream Club International (ACI). Today, ACI holds hundreds of local club and regional rallies as well as dozens of local, region and national caravans to provide club members with many opportunities to carry on the tradition of discovering fun, philanthropy, camaraderie and adventure together while travelling in their Airstreams. The ACI Annual Rally is the club’s largest annual gathering. To learn more, visit www.airstreamclub.org/fryeburg and follow ACI on social media @airstreamclub. 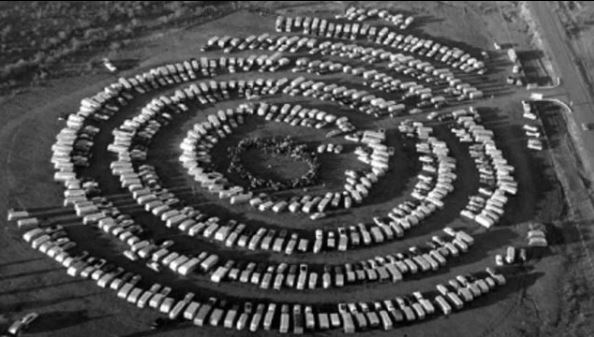